As the name implies, vector drawables are based on vector graphics. Vector graphics are a way of describing graphical elements using geometric shapes. This lets you create a drawable based on an XML vector graphic. Now there is no need to design different size image for mdpi, hdpi, xhdpi and etc. With Vector Drawable you need to create image only once as an xml file and you can scale it for all dpi and for different devices. This also not save space but also simplifies maintenance.

If you are using v2.0 or above of the Gradle plugin, then add following code.

If you are using v1.5 or below of the Gradle plugin, then add following code.

NOTE : Even with AppCompat, Vector Drawables wont work outside of your app in older android versions. For instance, you cannot pass vector drawables as Notification icons as they are handled by the system and not the app. See this answer for a workaround.

You can import an SVG file as a VectorDrawable in Android Studio, follow these steps :

"Right-click" on the res folder and select new > Vector Asset. 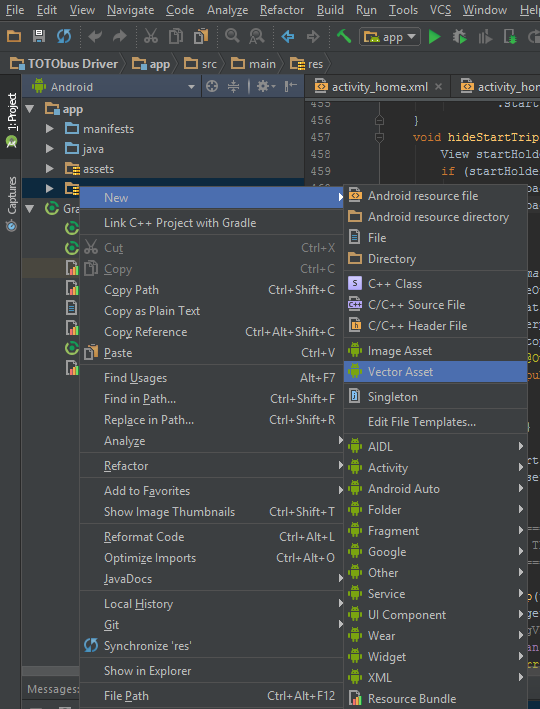 Select the Local File option and browse to your .svg file. Change the options to your liking and hit next. Done. 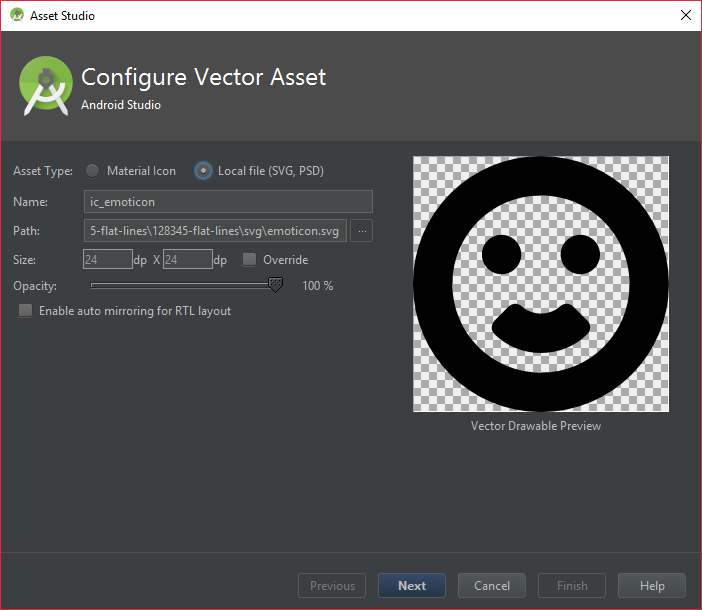 Using this drawable, an example ImageView declaration would be:

You can also set it at run-time:

The same attribute and calls work for ImageButton too.